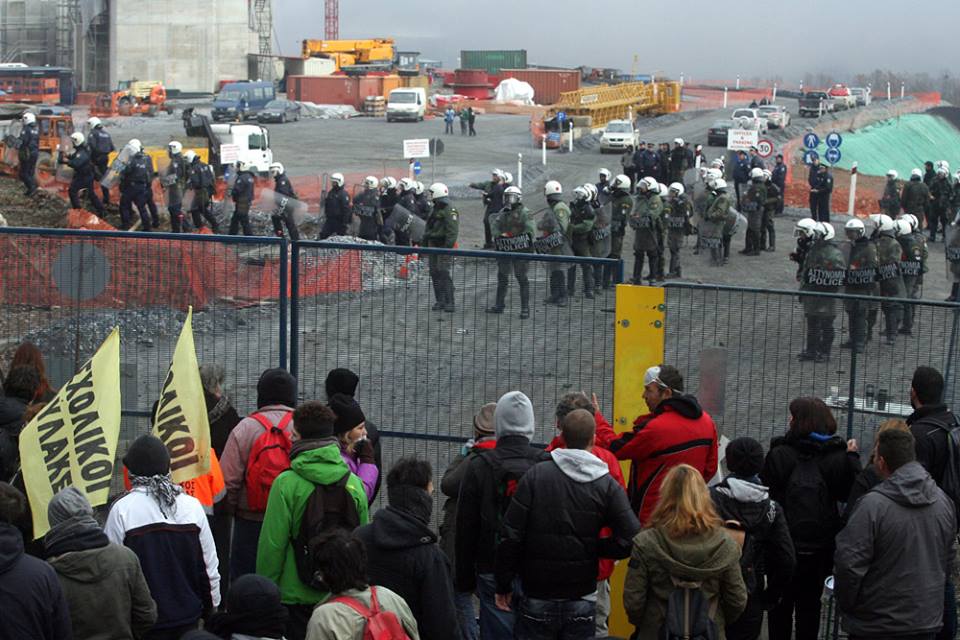 About 40 masked people attacked the facilities at Skouries in the Halkidiki peninsula in northern Greece in February 2013. They allegedly assaulted security guards and set fire to machinery and offices.

The court in the northern city of Thessaloniki found there wasn’t sufficient evidence to convict the defendants, all of whom had denied any wrongdoing.

“There are indications of guilt for defendants, but events also came up which refute these indications and create doubts as to the guilt,” presiding judge Vassilis Stefos said. “However, full proof of guilt is required” for a conviction.

The charges had included attempted murder, possession of explosives, arms offenses and forming a criminal organization.

The mining facilities, owned by Canada’s Eldorado Gold, have split Halkidiki residents. Many welcome the jobs that the gold and copper mine would bring, while others say it would destroy the environment and pristine forests, harming tourism and other local sources of revenue such as farming, livestock rearing and fishing.

Protests broke out in the area, with tear gas and firebombs used and residents trading accusations with the company about heavy-handed reactions and the use of violence.

Friday’s decision was greeted with cheers in the courthouse, which was packed with friends and supporters of the defendants from the Halkidiki villages of Ierissos and Megali Panagia.

“It was clearly proved that the charges were fabricated,” he told The Associated Press.

Eldorado Gold acquired the Skouries site in 2012 and started construction work a year later with a view to operating it as an open pit and underground mine.

But long delays with permits and licenses from Greek authorities led to a temporary suspension in development, and in 2017 Eldorado Gold placed the site in a state of care and maintenance.