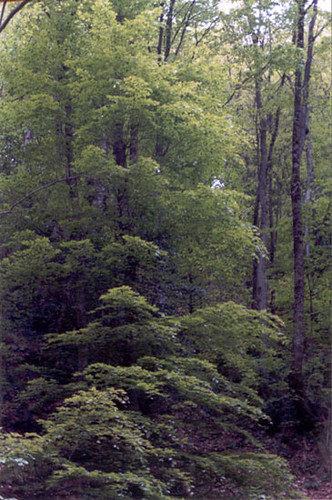 Residents of Halkidiki fighting against the massive gold-copper and base metals mining projects of Hellas Gold – a subsidiary of  Vancouver based Eldorado Gold – have won an important victory.

On June 29, the Greek State Council ordered the temporary suspension of implementation of decision 7633/2012 of the Macedonia-Thrace Regional Administration which ceded 3.270.000 square metres of public forests at Skouries to Hellas Gold to be used for mining activities. Under this order, Hellas Gold is forced to stop drilling, logging and all other activity which might harm forest growth, until there is a decision by the Committee of Suspensions on the suspension request filed by the residents.

It will be a long time, if ever, before Hellas Gold’s mining projects in Halkidiki can be developed. The projects are fiercely opposed by a large part of the local population that relies on tourism, forestry and agriculture. Hellas Gold’s Environmental Impact Statement was approved by the government in July 2011, but the approval has been challenged by residents at the State Council. Furthermore, Hellas Gold needs to have a modified Investment Plan and Technical Studies for all its operations approved. Without these important approvals, no mining, plant construction or or even site preparation can begin.

Hellas Gold/Eldorado has decided to bully its way toward implementation of its projects before acquiring all the permits. Since late March 2012, the company has taken over the area of Skouries on mount Kakavos in order to start site preparation for a massive open-pit mine. The Skouries project is the main source of conflict with the local people because the dense forest of the mountain is the main source of fresh water for the entire area. The mining company fenced off a part of the mountain with barbed wire, placed traffic control systems and hired hooded security guards to prevent access to the site. Hidden from all eyes, in late May Hellas Gold started implementing a drilling program at Skouries. And in late June it began clearing the area from its unique old-growth forest. Logging was done illegally by mine employees, because the local forestry cooperative opposes the mine and refused to raze the forest.

As a legal justification its these actions, Hellas Gold used Decision 7633/2012 of the Regional Administration, the legality of which has been challenged by residents at the Council of State. Residents also asked the Council to suspend logging activities, to ensure that the forest stays intact until there’s a final verdict.

During these past three months, residents opposing the destruction of the forest were repeatedly confronted with mining company employees and police forces, in a series of events that have often turned violent. On March 20, 500 mine workers under company orders attacked 30 mine opponents in the Skouries forest. On March 25, after a demonstration and march of some 2.500 people against the expansion of mining activities, the riot police protecting the occupation of the forest by the mining company threw teargas and flash-bang grenades at peaceful protesters. There were frequent tensions between residents and the company’s hooded guards at Skouries and on April 23 a local court ruled that blocking access to the forest was illegal.

Sadly, Hellas Gold used the State Council suspension order to deepen the division among communities. Company officials blamed mine opponents as responsible for the lay-off of 25 newly-hired workers. No mention was made to the questionable legality of the company’s activities at Skouries. As a result, on Saturday June 30, four residents opposing the mine at the village of Megali Panagia were attacked and beaten. A group of miners roamed the streets of the village for hours, terrorizing residents, destroying anti-mining banners and threatening mine opponents they would burn their homes if the project didn’t go ahead. Almost 300 people have been hired since the beginning of the year, solely for public relations purposes, as Hellas Gold does not have the necessary permits for the expansion of its activities.

In 2002, the people of Olympiada in Halkidiki managed to cancel the plans of another Canadian mining company, TVX Gold, for a gold mine and plant next to their village. Today, despite the deep economic crisis, resistance to gold mining is much more widespread than it was a decade ago.